Bill Gates, also referred to “The King of Software”. The real name is William Henry Gates. He is Co-founder of Microsoft Corporation, the largest Computer Software Company. These products that usually used by people are Operating System and Microsoft Office. Because of his companies, Gates became the richest person in the world. He is not only genius person but also an innovator in technology and philanthropy. This paper explains about these.

An innovator in technology, Gates built a Revolutioner software that nowadays makes peoples life’s better. As people were known as Windows. He believes that in the future, technology can become everyone’s friend. He started to build software with his college’s friend name as Paul Allen. He programmed computers at 13 years old which would eventually to founding the world’s largest software company and choose dropped out of his college Harvard University to pursue his passion for technology.

Bill Gates is one of the world’s leading philanthropist. Having ready given more than $28 billion toward initiatives that predominantly focus on health, education, and economic development in developing countries. He Co-founded the Bill and Melinda Gates foundation in 2000 and has made philanthropy his full-time job since 2006 when he stopped from his full-time position in Microsoft. In 2010, he started the Giving Pledge, a campaign that encourages the wealthiest people in the world to give at least half of their wealth to the philanthropic cause and now has well over 100 signatories.

Now, Bill Gates is an idol of many people because of his story at Microsoft and how he became a philanthropist. 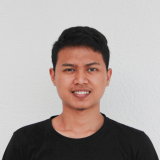